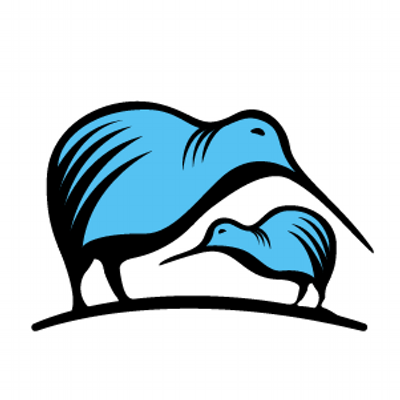 Kiwi Commons was a not-for-profit organization that provided Internet safety resources to educators, youth, and parents through their website, social media channels, and seminars. They maintained a blog with multiple daily posts. Ideas were submitted and written by freelance writers.

When Monitoring Your Teen Becomes Cyberstalking

We all want to keep our kids safe from harm. The digital era, filled with social media, online predators, sexting, and cyberbullying, has added a while new arena for parents to be vigilant in and need to be aware of their children’s activities and actions.

But as children transition into tweens and then teenagers is there a point where parental concern becomes cyberstalking? Can our well-intentioned monitoring be deepening the problems we are trying to save our teenagers from?

There are plenty of methods to monitor the online activities of children and teens: friending them on Facebook, following on Twitter, reviewing internet surfing histories, parental restrictions, and GPS tracking apps. There is software like Social Shield or Minor Monitor that will monitor all your kids social media interactions and flag questionable items for you. As with most technology, the possibilities are endless.

Dr. Danah Boyd, a leading US cyber safety expert and researcher in youth online culture, takes an opposite view to the mainstream. A professor at multiple universities, a senior researcher at Microsoft Research investigating child trafficking online, and with her bullying research funded by Lady Gaga’s Born This Way Foundation, Dr Boyd is an advocate for allowing teens to travel the internet without parental prying eyes.

“Children’s ability to roam has basically been destroyed,” Dr. Boyd said in a recent interview with the New York Times. “Letting your child out to bike around the neighbourhood is seen as terrifying now, even though by all measures, life is safer for kids today.”

For teenagers, the ability to roam in the world and learn independently of their parents is paramount. Being a teenager is about asserting oneself, forming independent opinions and practicing social interactions that will bring them to adulthood. They need to learn how to navigate the world and make their own mistakes.

“We need to give kids the freedom to explore and experience things online that might actually help them,” she added. “What scares me is that we don’t want to look at the things that make us uncomfortable. So rather than see what teenagers are showing us online about bullying and suicide and the problems they’re dealing with and using that information to help them, we’re making ourselves blind to it.”

Dr. Boyd feels that the internet is a reflection of teenagers real lives. Parents and educators should use social networking as a tool for listening to teenagers. But, articles litter the media warning of cyber-predators, cyber-bullies and teenage depression created by social media.

The findings for the Internet Safety Technical Task Force, a December 2008 report to State Attorneys General of the United States, show that use of the internet and social media does not increase unilaterally amongst teenagers. In fact, the teens at risk online are the same ones at risk in the real world.

“Depression, abuse, and substances are all strongly correlated with various risky behaviours that lead to poor choices with respect to online activities. A poor home environment that includes conflict and poor parent-child relationships is correlated with a host of online risks,” the study states (pg 20). In other words, kids who are at risk of bullying or being bullied, sexual predators and teenage depression in the real world are also the most at risk online.

What Should Parents Do?

Trust and communication between parents and teenagers is the recommended solution.

KidsHealth.org, suggests that for a teen to become an adult a degree of privacy is required. “In other words, your teenager’s room, texts, emails and phone calls should be private,” they state. If your teen breaks that trust, then fewer freedoms should be imposed. If you break their trust, teenagers will react.

”The way forward is to have open conversations, to really have a dialogue of trust … if you engage in surveillance and break that trust, you’ll teach them not to talk to you,” says Dr. Boyd.

The consequences of parents breaking the trust of their teenagers is what drives them to hiding behind language codes (see Kiwi Commons article “Decoding Your Teen’s Social Media” for examples) and having teenagers cease to communicate.

”The kind of public life we see online has never existed before,” Dr Boyd told Fairfax Media in Australia. ”But it’s a myth that teens don’t care about privacy. It’s really impressive what teens do to find new ways to be private in public.”

The debate over parental cyber-spying on teens would seem to come down to a personal decision for every parent. It is in fact part of the greater debate on how best to help a child transition to adulthood. Do we check their backpacks, bedrooms or handwritten journals as well – because their online privacy is just the same and as important, especially to them.

“Teenagers are not some alien population,” Dr. Boys says. “When we see new technologies, we think they make everything different for young people. But they really don’t. Teenagers are the same as they always were.”